It’s one of the greatest giveaway prizes you’ll ever see. While Extreme Tech has given away its fair share of incredibly cool stuff over the years, we’ve never been able to offer something like this before.

But right now, we want to give you a Tesla. Yes…a Tesla. The car. And it’s entirely 100 percent free.

With a range of over 320 miles, you can get almost anywhere before you need to start worrying about a recharge — and this safety-conscious marvel is geared toward the most studious drivers on the road. There’s even a full-on Autopilot function that enables your car to steer, accelerate and brake automatically within its lane all on its own.

All you have to do is fill out the entry form, send it back, then get picked in our random drawing — and this sweet ride is yours. There’s no purchase necessary, but you do need to enter by Dec. 31 for your shot to win.

Meanwhile, we’re also in the middle of Extreme Tech’s Three-Day VIP Annual Sale, featuring big additional savings on a lot of the best deals in the Extreme Tech Store. Here are a few of the hottest items included in the big sale.

Meet AdGuard, combining the world’s most advanced ad blocker, full privacy protection features, and a complete parental control tool, all in one app. With AdGuard, your web surfing will be free of annoying ads, malware attacks, data tracking and even all that stuff you don’t want your kids to see. Right now, a lifetime of AdGuard coverage is an extra 40 percent off with the code VIPSALE40, shaving your price down to just $11.99. 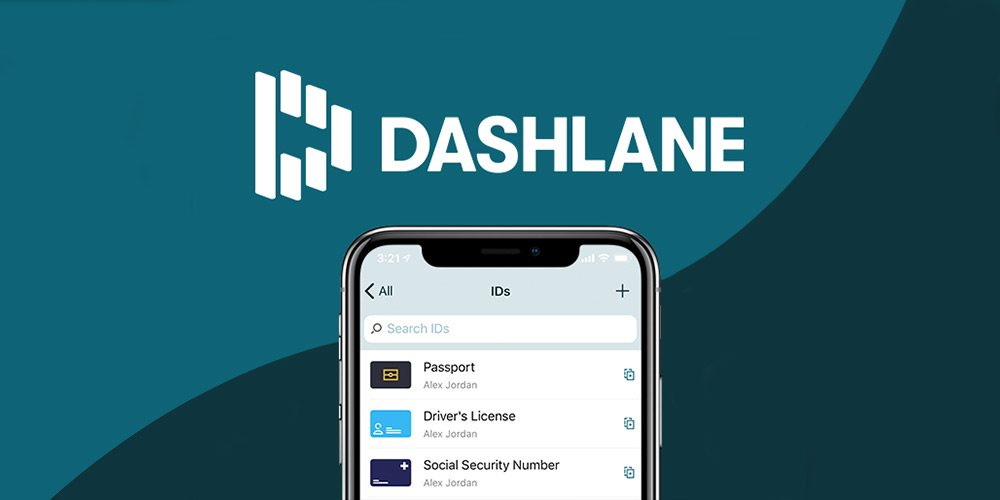 With Dashlane, you’ll never need to remember another password again. This smart, simple, secure password manager creates strong, unique passwords for all of your accounts, saves the details, then fills then in when needed to gain access, all with a click. Log into any website and make digital payments, all while your vital personal data remains fully protected. You can get a year of Dashlane coverage at 40 percent off with the code VIPSALE40, just $17.99. 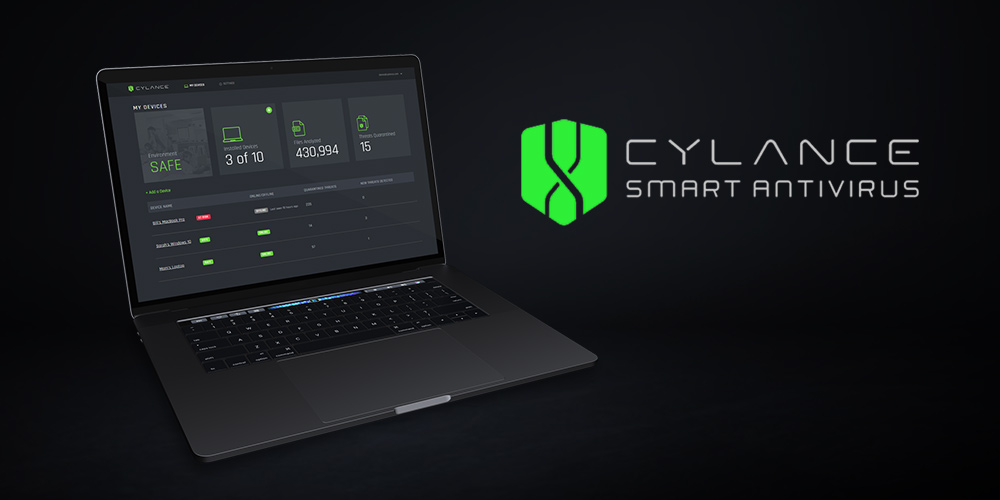 Here’s antivirus software that goes on the offensive. Rather than fighting off attacks, Cyclance Smart Antivirus uses artificial intelligence and machine learning to non-intrusively predict and prevent cyberattacks before your devices get infected. Right now, use the code VIPSALE40 during checkout to get 24 months of protection for less than $1 a month.

Beelinguapp takes an innovative approach to teach you a foreign language. You get text — news articles, fairy tales, novels, and more — in your native tongue as well as the language you want to learn. Then with its unique karaoke-style audiobook features, you’ll read along, better contextualizing your new language. With the code VIPSALE40, you can learn up to 14 new languages for less than $2 each. 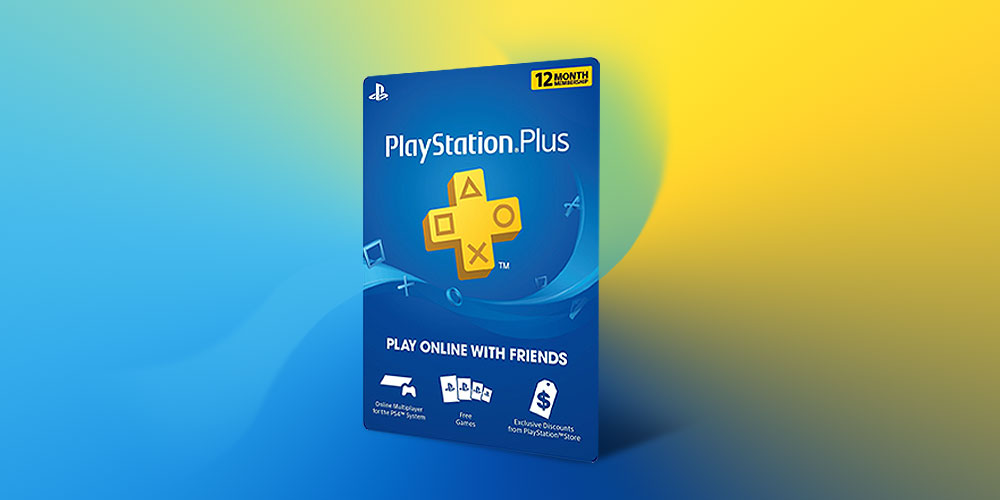 Your gaming gets a huge upgrade with Playstation Plus. In addition to free games and exclusive monthly discounts and deals, PS Plus offers full online multiplayer gaming so you can truly get the most out of your platform favorites. It’s also on sale with the code PLAYSTATIONVIP, cutting your 1-year price to only $34.99.

One of the most trusted VPN providers in the business, VPN Unlimited offers a completely private internet connection anywhere you log in, even on dodgy public WiFi, with no speed or bandwidth limits. Along with the fully encrypted and protected web access, this plan also covers up to 10 devices. Just use the code VIPSALE40 during checkout and this lifetime protection in less than $36. 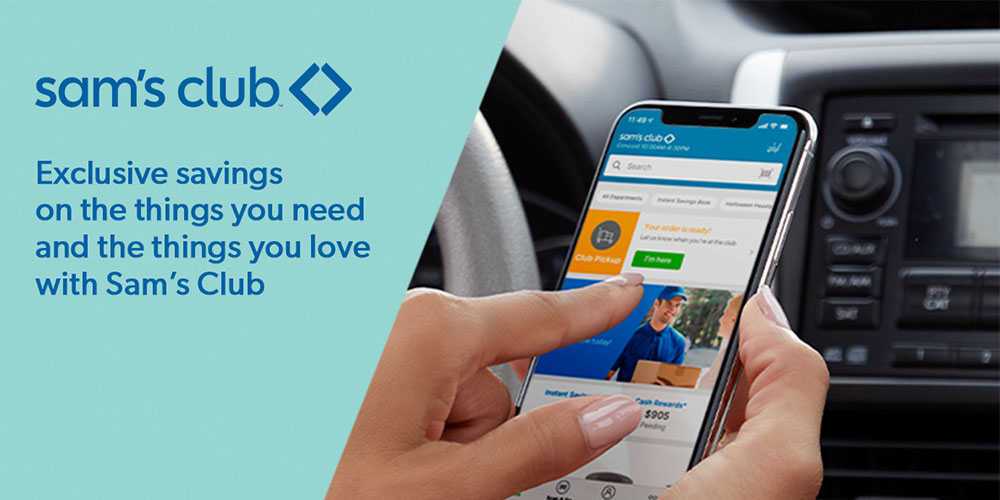 With this offer, you get $45 worth of e-gift cards for use at warehouse shopping giant Sam’s Club plus a full year of membership for under $40. Yeah, that means they’re basically paying you $5 to be a Sam’s Club member for 12 months. Not a bad offer! 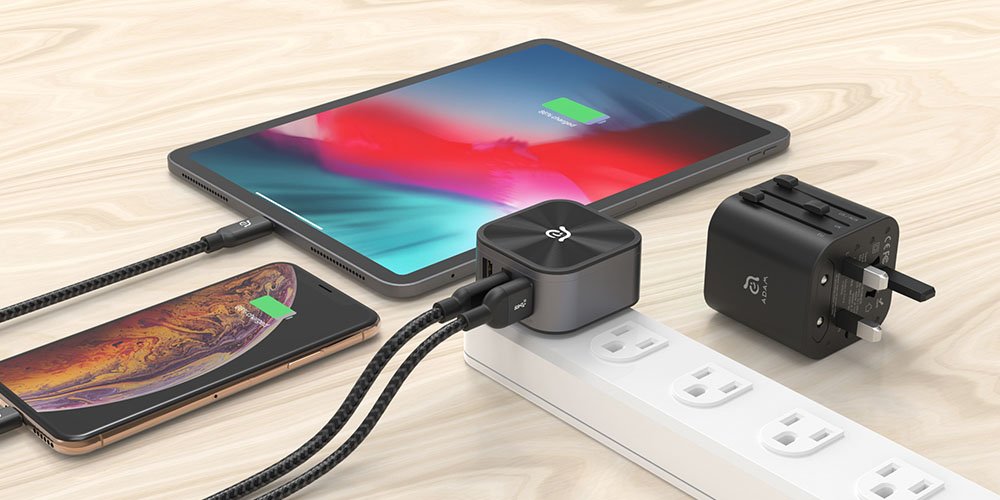 If you’re a road warrior, then this universal charging adapter could be all that stands between you and dead devices. Whether you’re in the US, the UK, the EU, down under in Australia or any of 150 countries, this pocket-sized plug-in with dual USB-A and USB-C charging ports can sort out the current and power up to three devices at once safely. No matter where you go, you’re covered.

These Sony headphones are open box models, yet fully inspected and certified to work like new, guaranteed — just at big savings off their off-the-shelf price. Each model syncs via Bluetooth or one-touch NFC connectivity, sport a built-in mic for making and receiving calls, and comfortable earcups and headbands for extended listening.

While the ZX220BTs bring eight hours of battery life to the table, the XB650BTs go a step further, offering up to 30 hours on a single charge. They also feature Extra Bass technology for a  powerful, clear bass sound that doesn’t always come each for portable headphones. 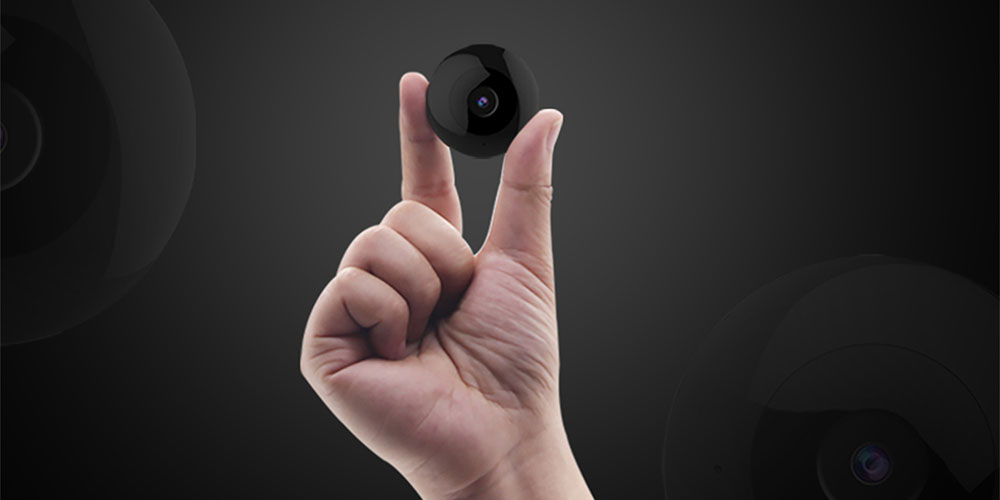 This portable, ultra-compact cam in only 1.5 inches across, but its high quality video eye that can even attach magnetically can capture 720p HD video with brilliant clarity, no matter where you position it.  Synched with an app for wireless connectivity, it also captures action with full night vision capabilities. When you use the code VIPSALE20, you can also save 20 percent off, knocking your total down to $51.99. 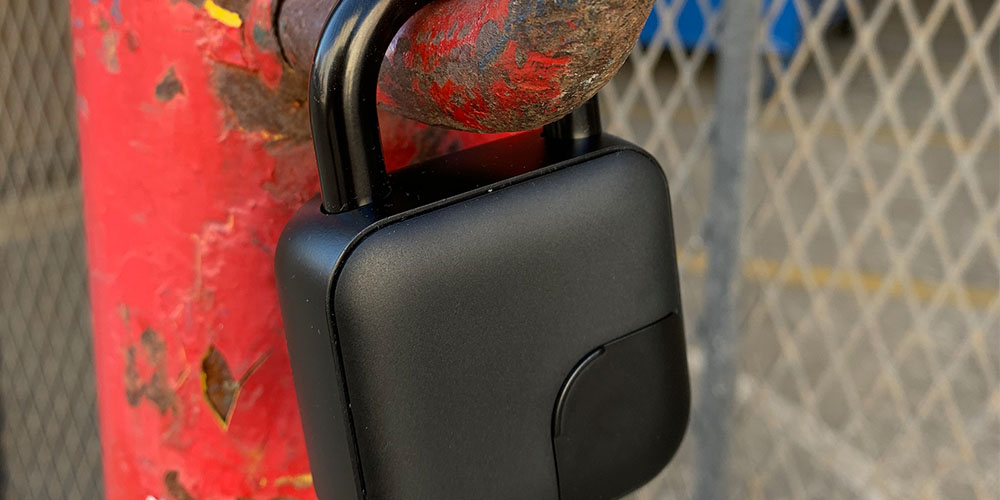 Ditch the key with this biometric lock that snaps open with a touch of your fingerprint. Ultra-tough, waterproof, dustproof and weatherproof, this lock store up to 10 different fingerprints so everyone who needs access can get in — and the lock works in standby mode for up to a year. With the VIPSALE20 code, you can save an additional 20 percent off its already discounted price. 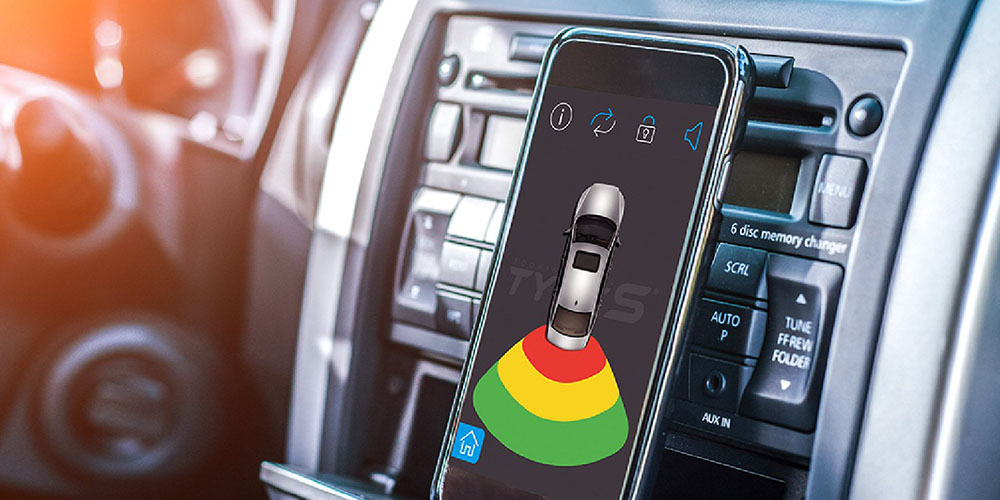 Just attach this ultrasonic sensor to your rear license plate, sync it to your phone and you’ll get audio and visual alerts when you try to back into a parking space. It’s even solar-powered, so it does even need to be wired into your vehicle’s electronics. You can get it for just $79.99, a $50 savings off the regular price. 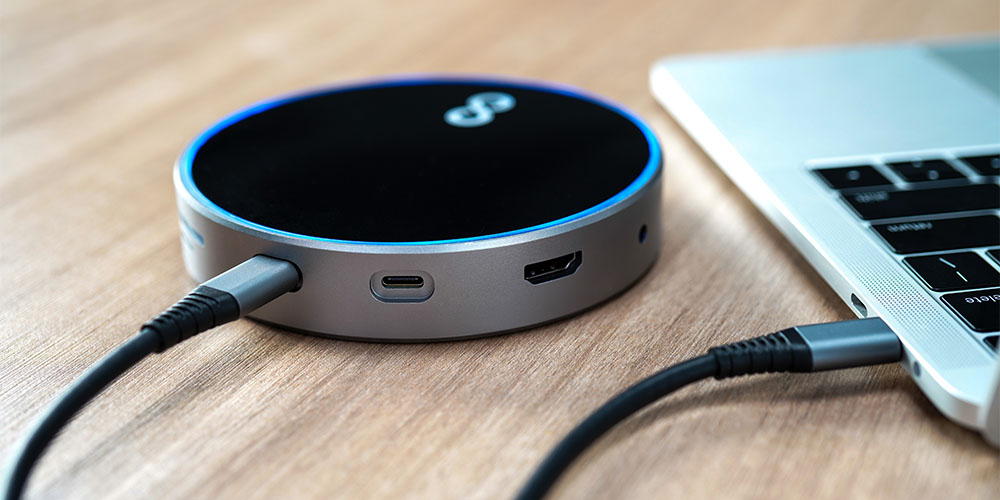 From USB-C to Ethernet, from HDMI to audio 3.5, this do-it-all hub sports 11 total connections to keep virtually any device you’ve got fully powered up. And with its hefty 4,500mAh power battery, it’s a lot of portable functionality that can also cut down on all the cord spaghetti. With the code VIPSALE20, you can also knock your price down to just $79.99. 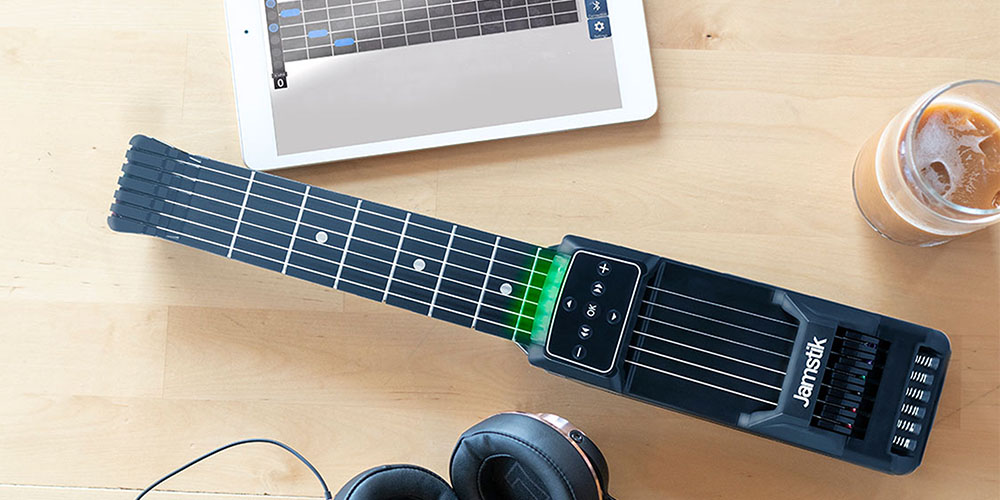 Who needs a guitar when you’ve got a Jamstik? In addition to sounding like a regular six-string, the Jamstik comes with its own guitar training regimen to make you a guitar god in no time. And you can even rock out with headphones on, so no one can even know you’re practicing. The VIPSALE20 codeword shaves $40 off the already discounted price, now just $159 with the offer. 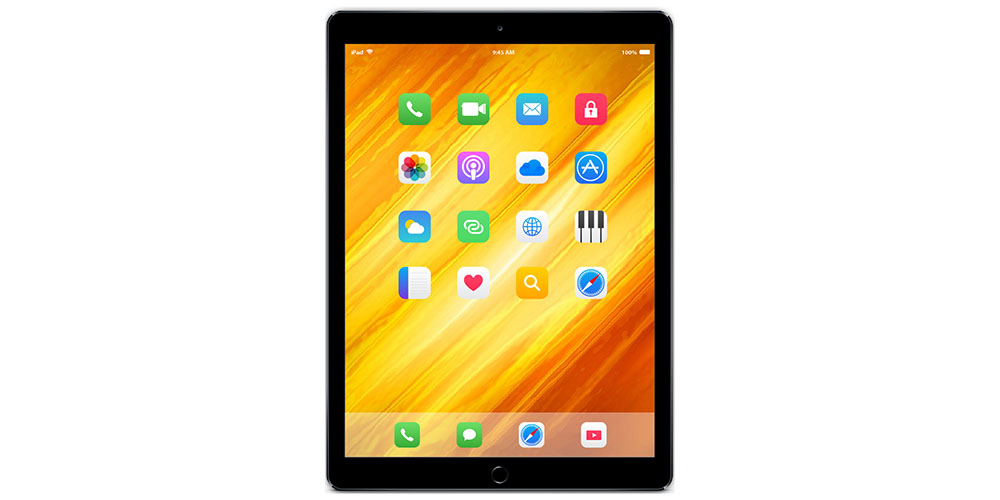 You can save almost half off a fully inspected and certified iPad Air 2 that runs just like it came out of the box. With its 1.5GHz processor, you can multitask like a beast, snap gorgeous pics with the 8MP rear camera, and save everything you need with the 32GB of storage. 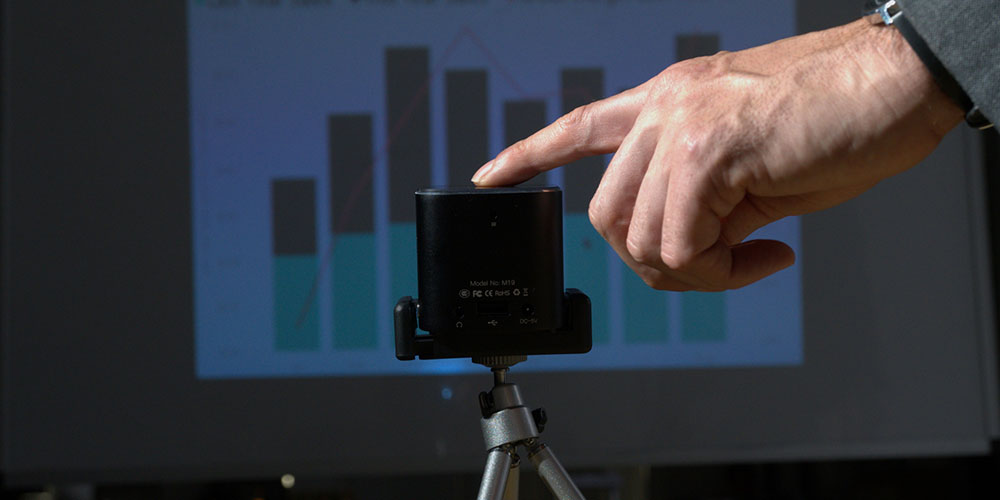 Connect this to your phone or other devices via Bluetooth, WiFi, HDMI and more, and this pocket-sized projector turns into a revelation. At just 2 inches wide, it beams 1080p HD quality pictures on to a surface up to 10 feet across and can keep it up through an entire 2-hour movie. Regularly almost $800, the added VIPSALE20 discount code brings it home for almost 70 percent off, just $247.99. 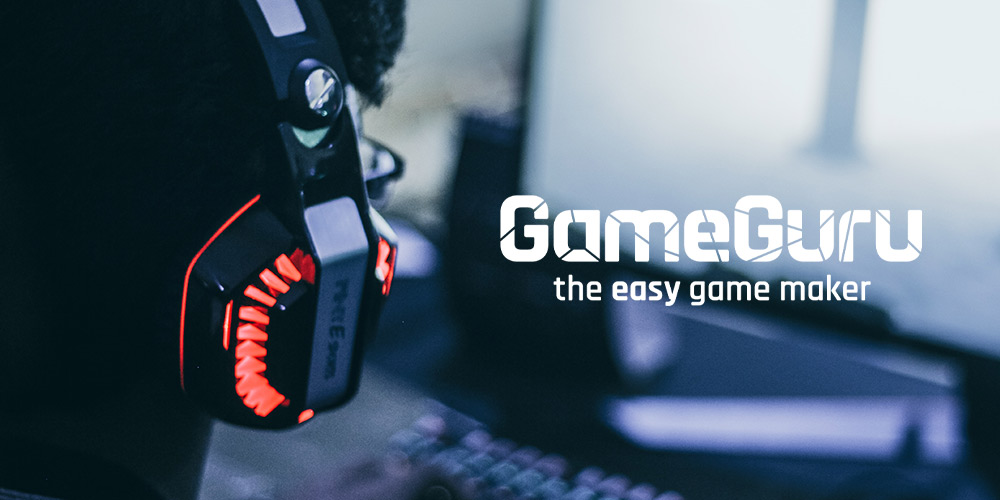 Not a programmer, but still want to learn the art of making your own video games? The GameGuru training gives you all the tools to craft top-flight game experiences — plus, they throwing in seven additional packs full of hundreds of royalty-free assets you can include in your game builds. By using the VIPSALE40 code during checkout, all this game creation knowledge is available for under $18.